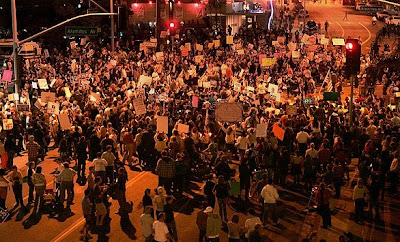 I’m still licking my wounds because of the passing of proposition 8, which designates that marriage is only between a man and a woman. I’m still dumbfounded that it would pass in California. We are now in a world where people actually vote to add constitutional ammendments to restrict the rights of a group of people. Gay or not this should scare the shit out of every U.S. resident.

Friday night Maurice and I joined the protest march in Long Beach. The silver lining was the sense of uniting a community. I believe the churches that pushed for this ammendment succeeded in getting it passed, but they aint seen nothing yet. Over 2,000 joined the Long Beach protest and we were 5 – 6 blocks long. Other protests have had significantly more people join.

It appears to me we may have the sixties all over again. The protests are spreading and I believe they may start reaching nationwide. The strong sense of unity and community was powerful. It’s time for those in the LGBT community unite together and no longer accept being second class citizens.

It’s the dawning of a new era and the religious right and all those who want to restrict the rights of others have awakened a sleeping giant. 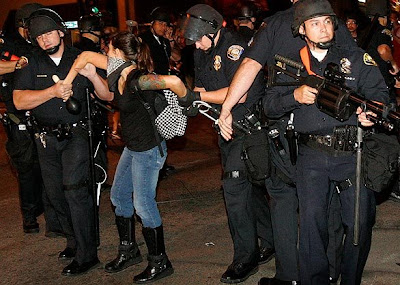 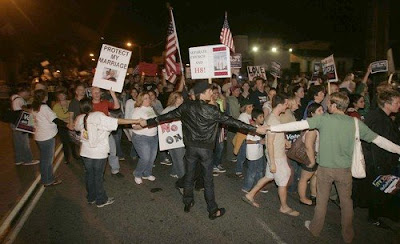 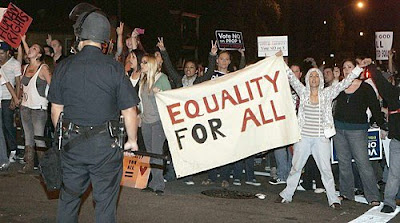 8 comments on Marching For Liberty